Have you been chomping at the bit to get cameras rolling on your next film project, but feel bogged down by isolation and public health guidelines?CineVic presents How to (Safely) Shoot Your Indie Film During a Pandemic -- an informative panel of local Victoria talent who have tackled the challenge of film production during Covid-19 restrictions over the past several months. Five experienced filmmakers will divulge the trials and tribulations of managing a distanced cast and crew without sacrificing the quality of your cinematic storytelling. They'll also give some hot tips on how to follow protocols and resources published by WorksafeBC, ActSafe, DOC, CreativeBC, and others (hint: it's more than masks, sanitizer, and six feet of space!)Wednesday January 20th 2021 @ 7:00pm on Zoom


FREE for CineVic Members
Email us to get the Zoom link >>

$25 for Non-Members
Register on Eventbrite >>Meet our panelists: 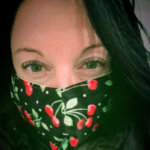 Tamara Tulloch is currently serving as a Covid Compliance Officer/Health and Safety Supervisor for Air Bud Entertainment and Lighthouse Pictures inc. With 10 years as a set medic/craft service and the last 4 years as a paramedic and dispatcher for BC Ambulance – being able to tap into “insider knowledge” in the early days was vital to understanding the path and transmission of this virus in our midst. With an extensive education background in OH&S, in May 2020 she was asked to be at the forefront of covid protocol creation and implementation for the film/television/performance art industry and by late June was boots on the ground building Compliance and Enforcement teams all over the province. She is currently completing her 17th show in the Covid Era as lead for Covid Health and Safety with 3 more productions trained, crewed and beginning in the next month. 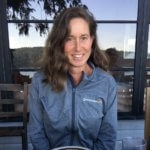 Libby Kaul has been involved in the indie film scene on Vancouver Island since 2016. She has a background in corporate administration and education but was drawn to the intense team environment of a working film crew while chaperoning her son to film sets in Vancouver and Los Angeles. She produced her first UBCP Ultra Low Budget short MIA in 2017 which won an Award of Distinction at the Canada Short Film Festival. She also produced Bump in the Night which debuted at the Telluride Horror Show in 2019. Libby was Location Manager for the short film version of All-In Madonna and worked as Second Assistant Director on the feature film Open for Submissions. During the pandemic, Libby has been advising on Covid Safety Plans and monitoring on-set regulations on local indie film productions. 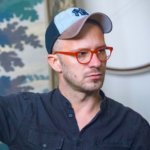 Lukas Hanulak is a writer and director for film & television based in Victoria, BC. He was born in former Czechoslovakia, where his longtime passion for visual and emotional storytelling began, and where he has directed a dozen crime/drama series for major film and TV producers. As a writer, he co-created the award-winning film The Good Death, a story about voluntary assisted dying, that aired on many worldwide TV markets. He is a member of the Directors Guild of Canada, and his first Canadian production – the short film Empty Spaces – was made in December 2020, right in the middle of the pandemic. 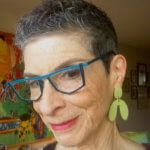 Joyce Kline is a 2017 Leo Award winning Production Designer with a passion for visual storytelling. Formally trained as a visual artist, she draws on wide-ranging experience as a writer, playwright, dancer, home stager, theatre designer and storyboard artist. Joyce has exhibited across Canada and in Finland, had theatre pieces produced and workshopped in Victoria, Vancouver, and Toronto, received Ontario, Toronto and Canada Council visual arts grants, danced in Canada, England and France and taught drawing and visual narrative at Victoria College of Art. Her short film Cancelled Stamp, which she wrote, directed and co-produced in the midst of the pandemic, is currently in post production. 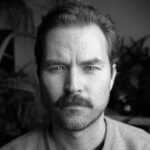 Justus Lowry was born to independent filmmakers and grew up exposed to cinema and making videos. After a Computer Animation program at The Centre For Digital Imaging and Sound (now the Art Institute of Burnaby), he spent half a decade doing freelance graphic design and photography before starting his own freelance media company in 2007, producing websites, advertisements, music videos, corporate videos, and TV commercials. Since then, he’s produced a variety of short culinary documentaries and two short documentaries about cacao. In early 2020 the international production of his first feature film about the chocolate industry was interrupted due to the pandemic, but he pushed through and the project is currently in post-production.